How to be cautious about misleading graphs and statistics?

January 01, 2019
Human perception has good ability to quickly recognize the length, height, width by just visualizing the line graph or a bar graph rather than the surface area or volume. The main objective of Data visualization techniques is to provide accurate and insightful information. The data visualizations should be well interpreted that can convey an accurate message to the public.

But many marketing and advertising companies, news and media houses, commercial companies and political groups make false use of data visualization for their campaigns. Due to data explosion, there is a tremendous increase in the spread of false/fake information through various companies and agencies. In order to promote any product, brand, place, and person they just use the sample data to convey biased and misleading information. So as an aware citizen/consumer we need to know the various tricks used to fool the people with the misleading statistics and data patterns represented in visualization dashboards.

There are many such cases where we can see how data is purposefully misleading to lure the customers to their side and make profitable gains. We know that Numbers don’t lie but some experts are well-known for misleading data visualization with the help of design and tricks.

Classic tricks used to mislead in various cases of data visualizations are:

1. Truncate Y axis
2. Y-axis does not start from zero value.
3. Increase or decrease the scale of Y-axis.
4. Data axis not labeled.
5. Use of biased data.
6. Use of complex data graphs to confuse.
7. Omitting data


In this graph, we can see how the same data shows different information about interest rates per year (2008-2012). Here, the first graph is a misleading graph which shows Y axis is truncated and also does not have zero baselines. It conveys that there is a vast difference in Interest rates between each year. Whereas in the second graph, the Y-axis starts at zero percentage which shows accurate information. It conveys that interest rates for each year are almost similar and there is not much difference between each year bars in the bar graph.

Likewise, the other case is, sometimes they omit a year data from a timeline graph then that visualization will convey misleading information about the trend. So, to analyze accurate trends in the timeline graph, do not skip any year.

This image shows that how they omit the certain year’s data.

Check the difference in the below pie charts, the first pie chart in the left side is misleading the data as the sizes of the pieces $10 million Unknowns, $50 million AEG, $85 million Maloofs and $265 million City are not correctly represented.

The second pie chart on the right side is the correct one as it represents each piece’s size with respect to the percentage. Now the sizes are represented in percentage like for $10 million Unknowns is 2%, $50 million AEG is 12%, $85 million Maloofs is 21%, and $265 million City is 65%

The below data visualization shows well-structured design to show gender representation in the corporate pipeline in 2016, but it fails to convey its accuracy. It has misleading proportions. Here, we can only see how the line is declining between men and women as we move from entry level to C-Suite. This the perfect example of how Data visualization design misleads.

Now, let’s see the below graph which has two vertical axes on the left and right side of the graph. Both the vertical axes are from a different dataset. Plotting two separate datasets into one chart makes the graph more complex to understand. In the below chart the correlation between the lines is meaningless but the visual design is made purposely so that a person will start to relate both the lines with each other to get the conveyed information from it.

Below one is the "the most misleading graph ever published”:

The first picture shows that the graph is based for over 35 years of the time period and Cornell’s Tuition has taken an exponentially increased share of its median student family income.

The second picture shows that it is based on 12 years of the time period and Cornell’s Ranking is somewhat up and down.

But both graphs placed on one after another creating a notion that they have relationships with each other through having different vertical scales. It creates an impression that better tuition means a better rank.

However, to sensationalize biased data, and to hinder the real information from the data, publishers may use various inappropriate techniques in data visualization.

So, here are some of the suggestions to avoid yourself from getting mislead by data:

1. Don’t just believe that all visualizations always convey correct information. Apply your statistical, mathematical and scientific approach to interpreting any data visualization.
2. Don’t get trapped because of the graphical designs, complex graphs, bold titles, and catchy labels.
3. Check if the vertical axis has a baseline of zero value.
4. Check whether the data points are omitted or not.
5. Check if the pie chart completes the circle of 360 degrees with a total of 100% data labeled on it.
Business Intelligence Data Science Statistical Concepts 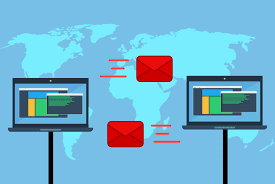 What is Data Exchange?

E-commerce is a term used for any kind of trade that's done across the world wide web. E-commerce trade has many subsets involved, such as shopping online from retail web sites, auctions, trading goods online and business solutions between businesses. E-commerce became the most crucial facet of the Internet in the present situation. E-commerce allows us to swap goods and services, exceeding the obstacles of time and space. It involves several transactions, normally the transfer of cash in a swap of goods or services online. E-tailing or online retail selling on the stores, that are better known as virtual malls. Electronic Data exchange in the shape of e-mail and fax.  Specifically, Data Exchange is where data is shared between systems and organizations without any alterations, with complete content and meaning of data. A virtual store is a major accomplishment of e-commerce technology. The onset of virtual shops has made the Web a billion dollar source of revenue. The o 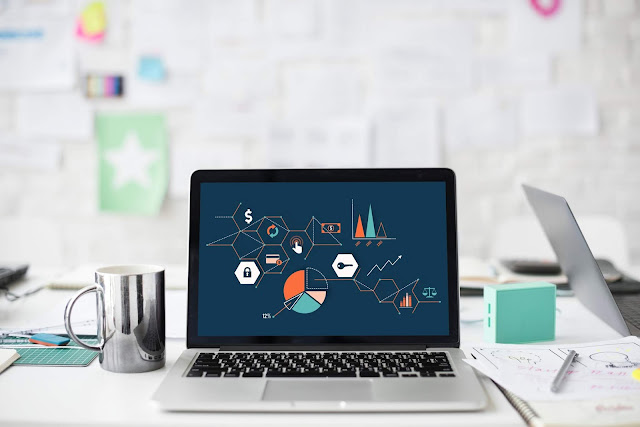 12 Top most used analytical tools for Data Scientists with links to websites and courses.

Data Science has been a trending field of study in various industries in today’s era, because of the tremendous increase in data generation with high velocity. Soon every business sector started building new strategies to make huge profits from the data being generated. Here comes the role of data scientist who not only drives meaningful insights out of huge and complex data but also he/she should have the strong domain knowledge, should be flexible enough to use different tools as when needed and updated with skills to remain valuable assets to their organizations. To become a professional Data Scientist, you must have a strong hold on domain knowledge, statistics, programming, data interpretation, and communication skills. Data science competitional/informational websites to follow: Kaggle , Stanford Online , crowdAnalytix , KDnudggets , AnalyticsVidhya , EliteDataScience , statistics  , simplystats Let us see the 10 most used tools for Data Scientists in the order of